According to the November 21, 2017, U.S. Drought Monitor, moderate to exceptional drought covers 15.4% of the contiguous United States, an increase from last week’s 13.1%. Extreme drought held steady for a third week, covering 0.8% of the Lower 48. And, exceptional drought remained absent for a sixth consecutive week.

The atmospheric circulation during this U.S. Drought Monitor week consisted of a broad westerly flow with Pacific weather systems moving in a storm track that kept mostly along the U.S.–Canadian border. The weather systems brought Pacific cold fronts into the Pacific Northwest and central to northern Rockies, resulting in above-normal precipitation.

As the weather systems crossed the Rockies, they dragged Canadian cold fronts across the Plains and Midwest and into the Northeast, with some of them reaching the Gulf of Mexico coast. The fronts had enough moisture to drop above-normal precipitation across the Great Lakes region, but otherwise the fronts were dry. High pressure dominated the Southwest, keeping temperatures above normal for much of the West and Plains and blocking rain-bearing weather systems.

The cold fronts kept temperatures below normal across the eastern third of the contiguous United States. The westerly to northwesterly flow across the central part of the country blocked Gulf of Mexico moisture, resulting in a drier-than-normal week for much of the Plains, South, and East Coast. As a result, some contraction of drought and abnormal dryness occurred in the Pacific Northwest and Midwest, but expansion occurred in the Southwest, central to southern Plains, and Lower Mississippi Valley to Southeast.

Abnormal dryness and drought are currently affecting over 88 million people across the United States—about 28.5% of the country’s population. 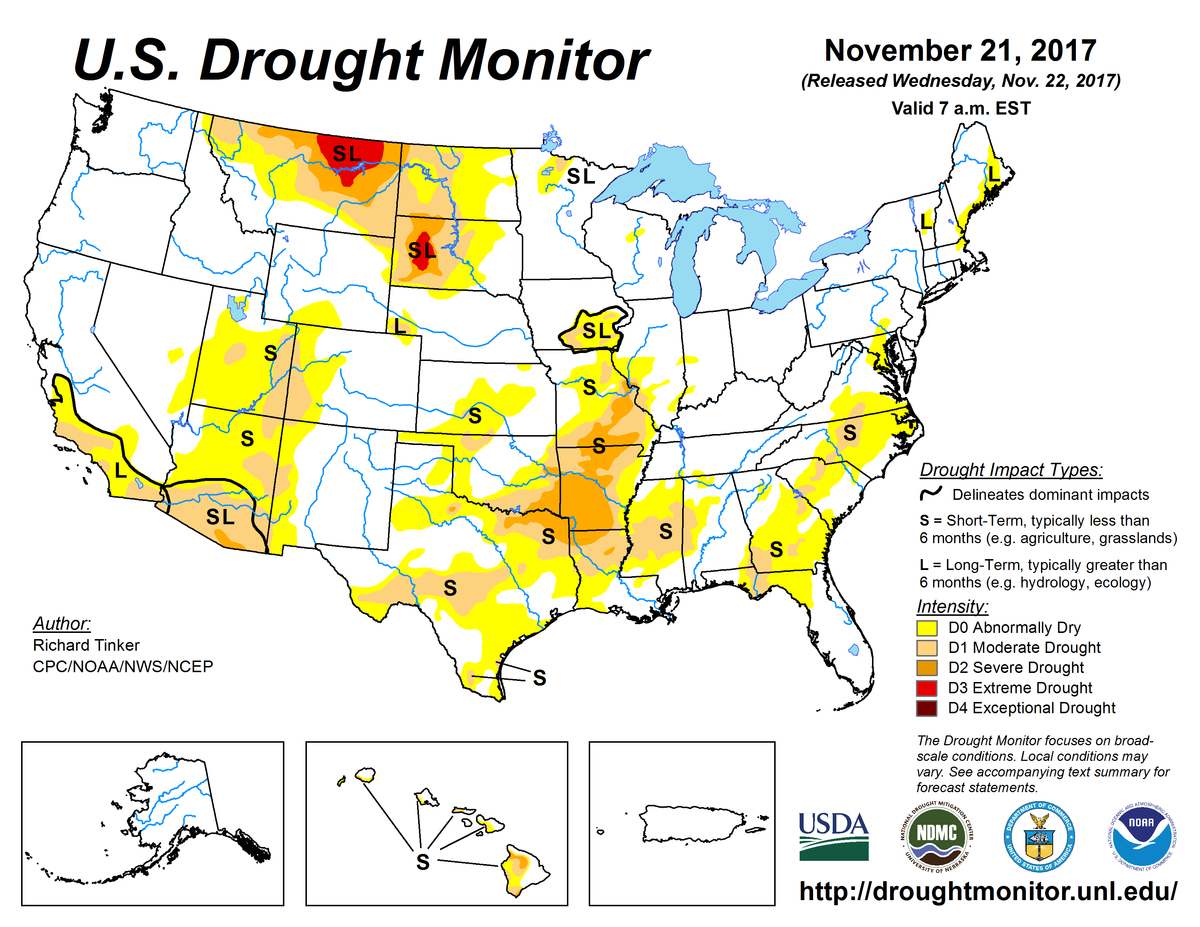 According to the February 20 U.S. Drought Monitor, moderate to extreme drought covers 36.5% of the contiguous U.S.

According to the October 9 U.S. Drought Monitor, moderate to exceptional drought covers 22.3% of the United States.