According to the October 15, 2019, U.S. Drought Monitor, moderate to extreme drought covers 18.5% of the United States including Puerto Rico, an increase from last week’s 17.9%. The worst drought categories (extreme to exceptional drought) remained the same as last week: 1.2% this week.

A large upper-level, low-pressure system moved in the jet stream flow across the contiguous United States this week, dragging surface lows and cold fronts along with it. Cooler air followed the fronts, bringing a colder-than-normal week to most of the country west of the Appalachians. Temperatures still averaged warmer than normal across the Southeast and parts of the Northeast. Above-normal precipitation accompanied the fronts and lows across the northern Plains, the central Plains to Mid-Mississippi Valley, and parts of Texas, the Great Lakes, and Southeast.

Most of the West, parts of the central to southern Plains, and most of the Tennessee Valley to New England were drier than normal, with many of these areas receiving no precipitation. Soils continued to dry out in the Southwest, southern Plains, Ohio Valley, and East, and more than 50 percent of the crops, pasture, and rangeland were in poor to very poor condition in states in these regions. Drought and abnormal dryness contracted along the frontal boundaries in parts of Texas, Kentucky, and the Mississippi Valley. But drought and abnormal dryness expanded or intensified in the continued dry areas of the Southwest, southern to central Plains, Ohio Valley, and Southeast to Northeast. Expansion outweighed contraction again this week, resulting in an increase of the national drought area compared to last week.

Abnormal dryness and drought are currently affecting over 157 million people across the United States including Puerto Rico—about 50.7% of the population. 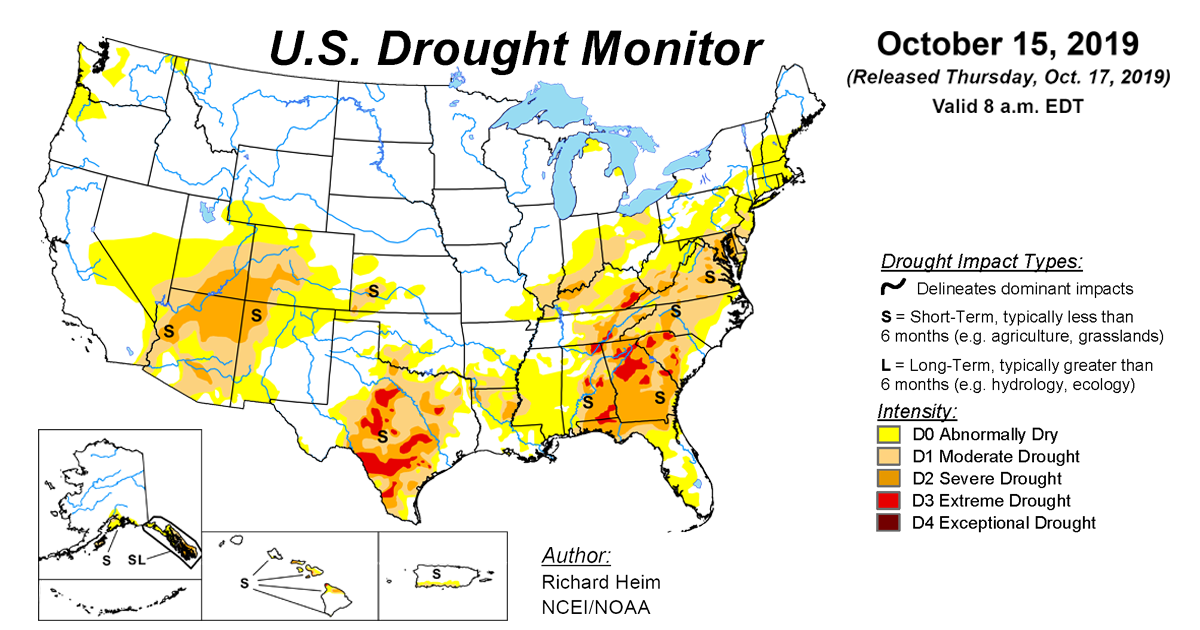