According to the October 30, 2018, U.S. Drought Monitor, moderate to exceptional drought covers 18.8% of the United States, a decrease from last week’s 20.4%. Extreme and exceptional drought—the worst categories—also contracted to cover 3.9% of the nation, down from 4.0% last week.

There were three aspects of the atmospheric circulation that affected weather over the contiguous United States during this U.S. Drought Monitor week. First, the large-scale circulation pattern consisted of a ridge over the western Lower 48 and a trough over the East. The ridge kept temperatures warmer than normal and precipitation mostly lower than normal over the West.

The second aspect was Pacific weather systems and troughs moving in the jet stream flow across the northern states. These weather systems funneled cold Canadian air masses into the eastern trough and kept temperatures cooler than normal from the Mississippi River to the East Coast. The weather systems also brought precipitation to parts of the Pacific Northwest and Upper Mississippi River Valley, and the eastern fronts and low pressure systems tapped Gulf of Mexico moisture to bring above-normal precipitation to the Mid-Atlantic States and Northeast.

The strategically placed precipitation from these systems this week helped contract drought and abnormal dryness across parts of the West, Plains, Southeast, and Northeast. Only southern Florida, which has been drier than normal for much of the last four months, saw expansion of abnormal dryness.

Overall, abnormal dryness and drought are currently affecting more than 79 million people across the United States—about 25.5% of the country’s population. 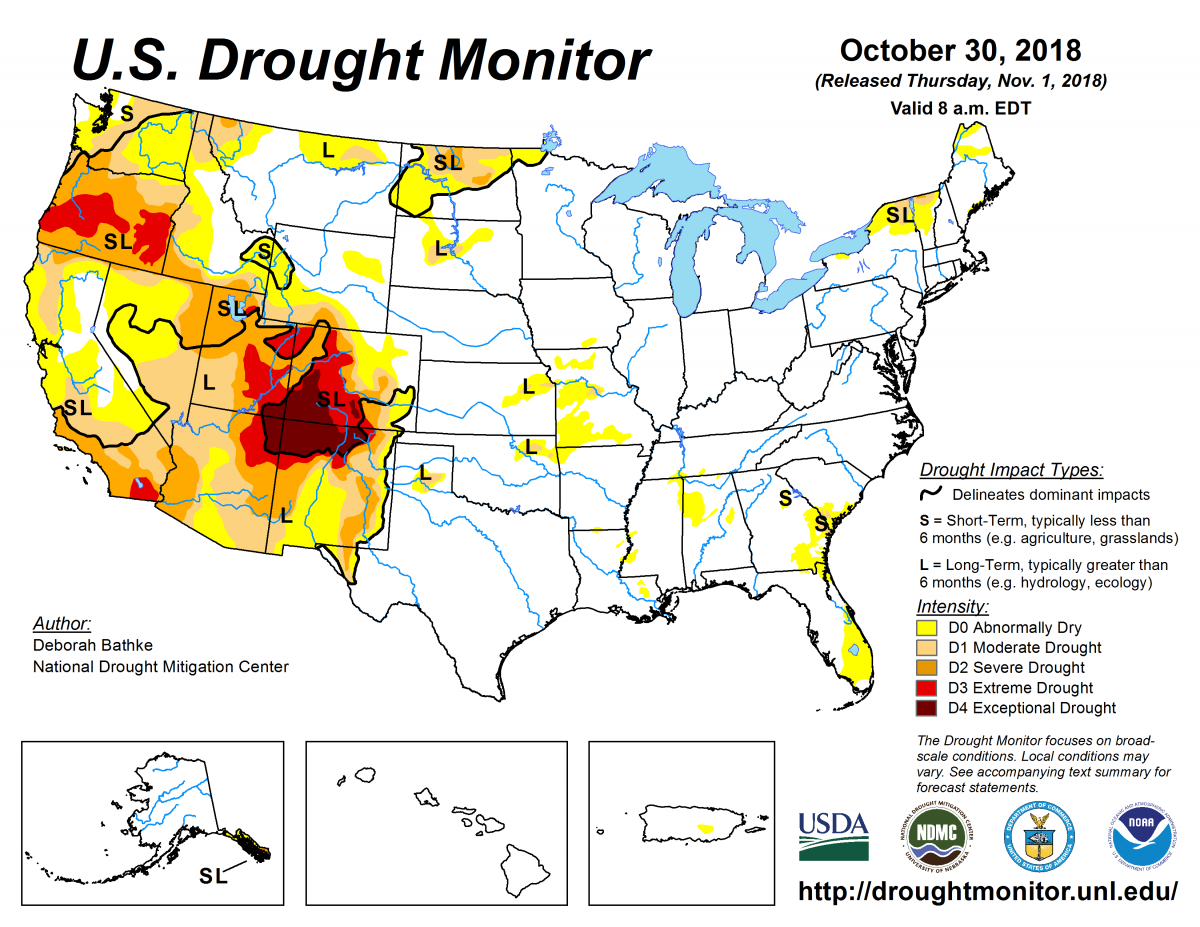 According to the June 30, 2020, U.S. Drought Monitor, moderate to exceptional drought covers 21.4% of the United States