The atmospheric circulation during this U.S. Drought Monitor week was dominated by an upper-level ridge over the western contiguous United States and a trough over the East. Weather systems moved through this circulation pattern, riding over the western ridge and diving into the Lower 48 east of the Rockies. The weather systems dragged Canadian cold fronts across the Plains to East Coast, keeping temperatures cooler than normal everywhere except in the Northeast.

The fronts were dry as they moved across the Plains. But, low pressure systems attached to the fronts tapped Gulf of Mexico and Atlantic Ocean moisture as they moved east, bringing above-normal precipitation to the Tennessee Valley, southern Florida, northern Great Lakes, and Mid-Atlantic to Northeast. Tropical Storm Philippe developed off the Florida coast and fed moisture into a cold front and low pressure system which soaked New England near the end of the week and brought an end to most of the drought and abnormal dryness there. The ridge kept much of the West drier and warmer than normal, with drought and abnormal dryness expanding in the Southwest.

Abnormal dryness and drought are currently affecting over 85 million people across the United States—about 27.4% of the country’s population. 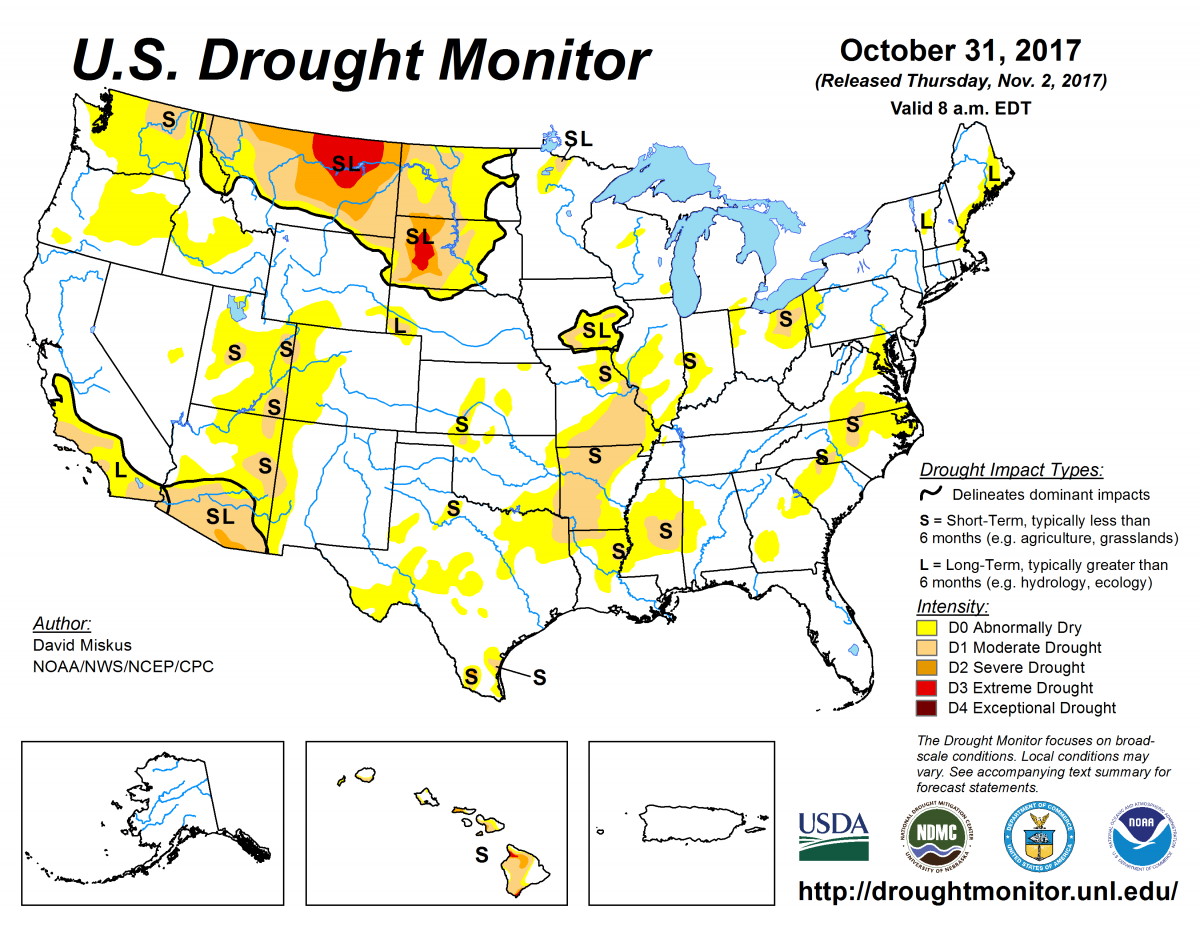 According to the February 9, 2021, U.S. Drought Monitor, moderate to exceptional drought covers 38.4% of the United States

According to the April 28, 2020, U.S. Drought Monitor, moderate to extreme drought covers 12.3% of the United States including