As the low pressure system that was Hurricane Irma exited the eastern contiguous United States early this U.S. Drought Monitor week, the upper-level circulation flipped from the pattern it had the previous two weeks—an upper-level trough dominated the West while a ridge took control of the East. Hurricane Jose, being unable to penetrate the eastern ridge, stayed offshore over the western Atlantic.

Pacific fronts and low pressure systems, moving beneath the upper-level trough, brought cooler-than-normal temperatures and above-normal precipitation to much of the West which contracted the drought and abnormal dryness in the Pacific Northwest and northern Plains. But, the eastern ridge kept weather conditions dry across most of the Plains to East Coast. Drought and abnormal dryness expanded across parts of Texas to the Great Lakes where the week was drier and warmer than normal.

Abnormal dryness and drought are currently affecting nearly 89 million people across the United States—about 28.6% of the country’s population. 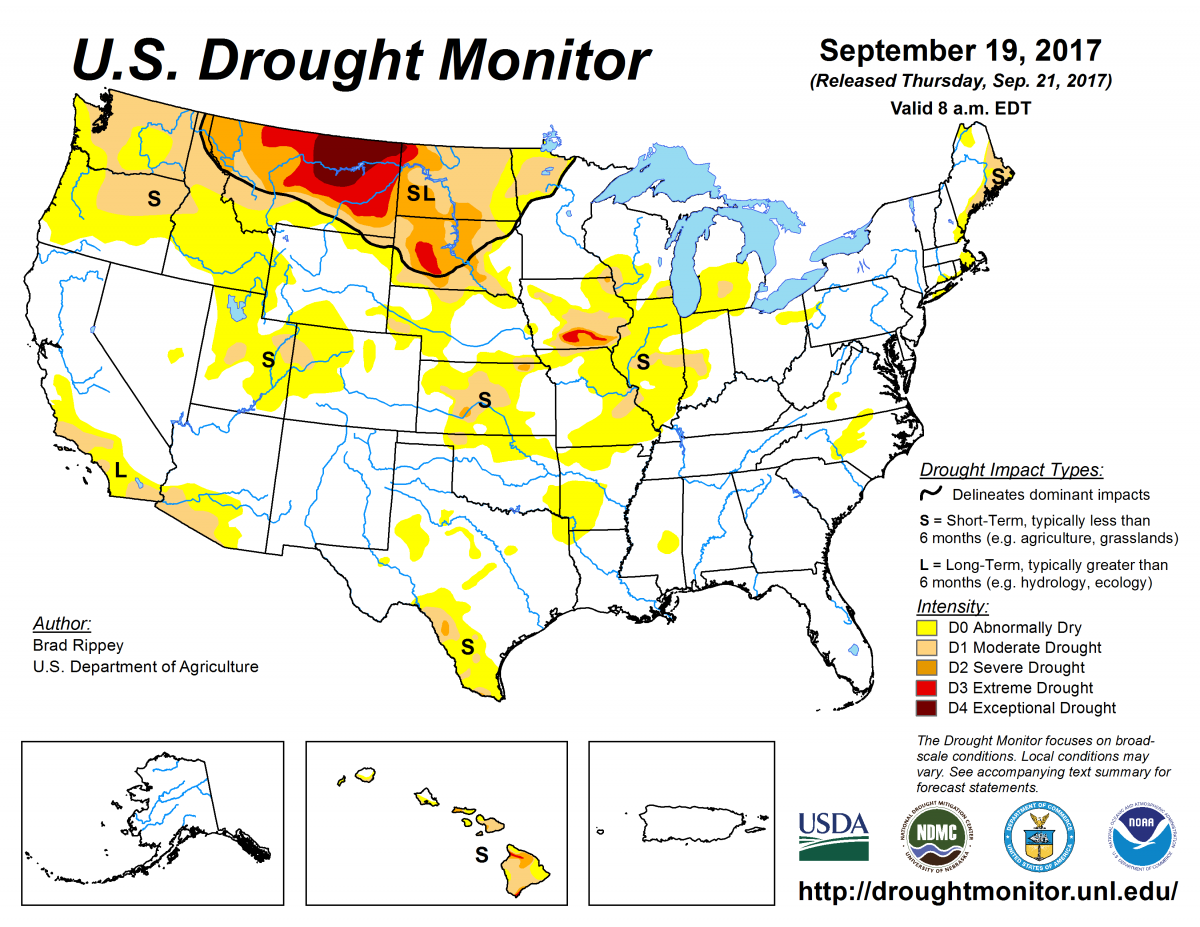 The spring (March–May) average temperature for the contiguous U.S. was 53.5°F, 2.6°F above the 20th century average, driven in