The upper-level circulation across the contiguous U.S. was a continuation of a strong ridge of high pressure over western North America with a trough along the East Coast. Both the western ridge and eastern trough intensified as the week progressed. This pattern blocked Pacific weather systems from entering the western contiguous U.S., directing them into the Alaskan panhandle and far northwest Canada. The result was a drier- and warmer-than-normal week over the western contiguous U.S. The pattern produced a northwesterly flow at the jet stream level over central North America. This flow directed cold and dry Canadian air masses into the U.S. east of the Rockies. Wave after wave of Canadian cold fronts brought cooler-than-normal temperatures to the eastern half of the contiguous U.S., especially from the northern Plains to the Tennessee Valley.

An upper-level weather system, that was detached from the main jet stream flow, slowly tracked across the Southwest then moved over the southern Plains as the week ended. It spread above-normal precipitation across the Southwest and over the southern Plains when it encountered cold fronts east of the Rockies. Cold fronts triggered showers over parts of the Southeast when they were fed by Gulf of Mexico moisture, and weather systems associated with the trough brought above-normal precipitation to parts of the Great Lakes and New England. But for the rest of the contiguous U.S., it was a dry week.

Drought and abnormal dryness contracted in the Southwest and parts of the Southeast and New England, where above-normal precipitation fell. But drought or abnormal dryness expanded in parts of the Pacific Northwest, where dry conditions and dozens of large wildfires continued; in much of the Great Plains to Mississippi, Ohio, and Tennessee Valleys; along the Gulf of Mexico Coast; and parts of the southern Appalachians. Nationally, expansion far exceeded contraction, with the nationwide moderate to exceptional drought area increasing this week.

Abnormal dryness and drought are currently affecting over 216 million people across the United States including Puerto Rico—about 69.7% of the population. 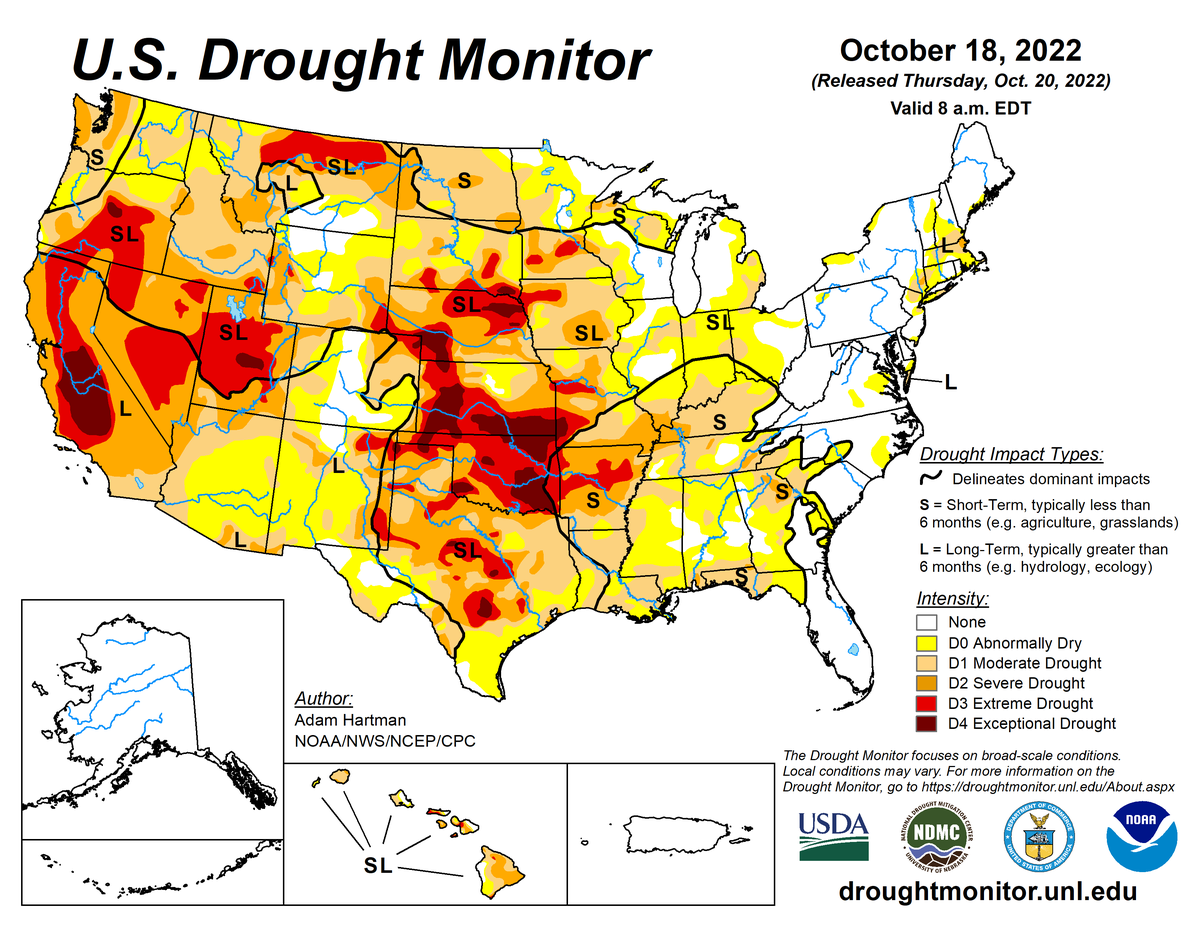