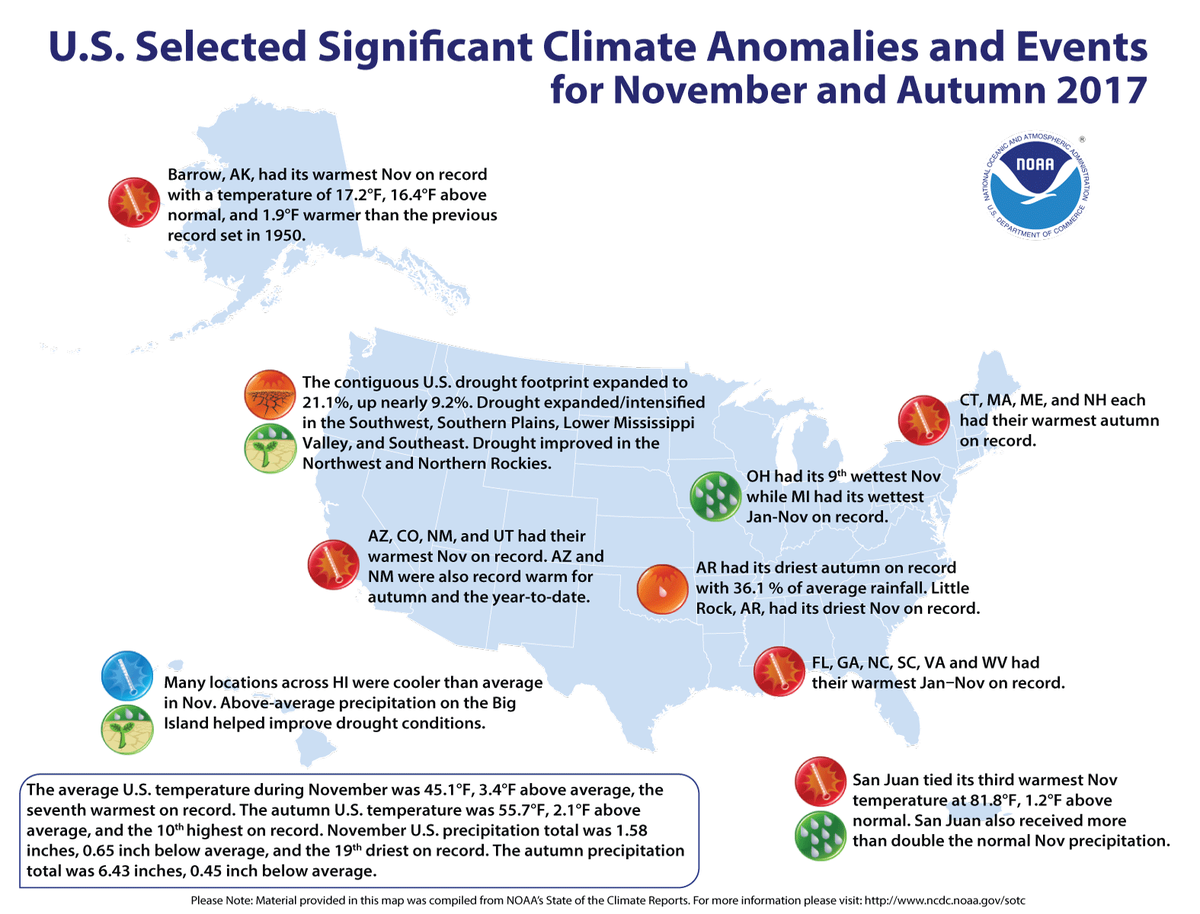 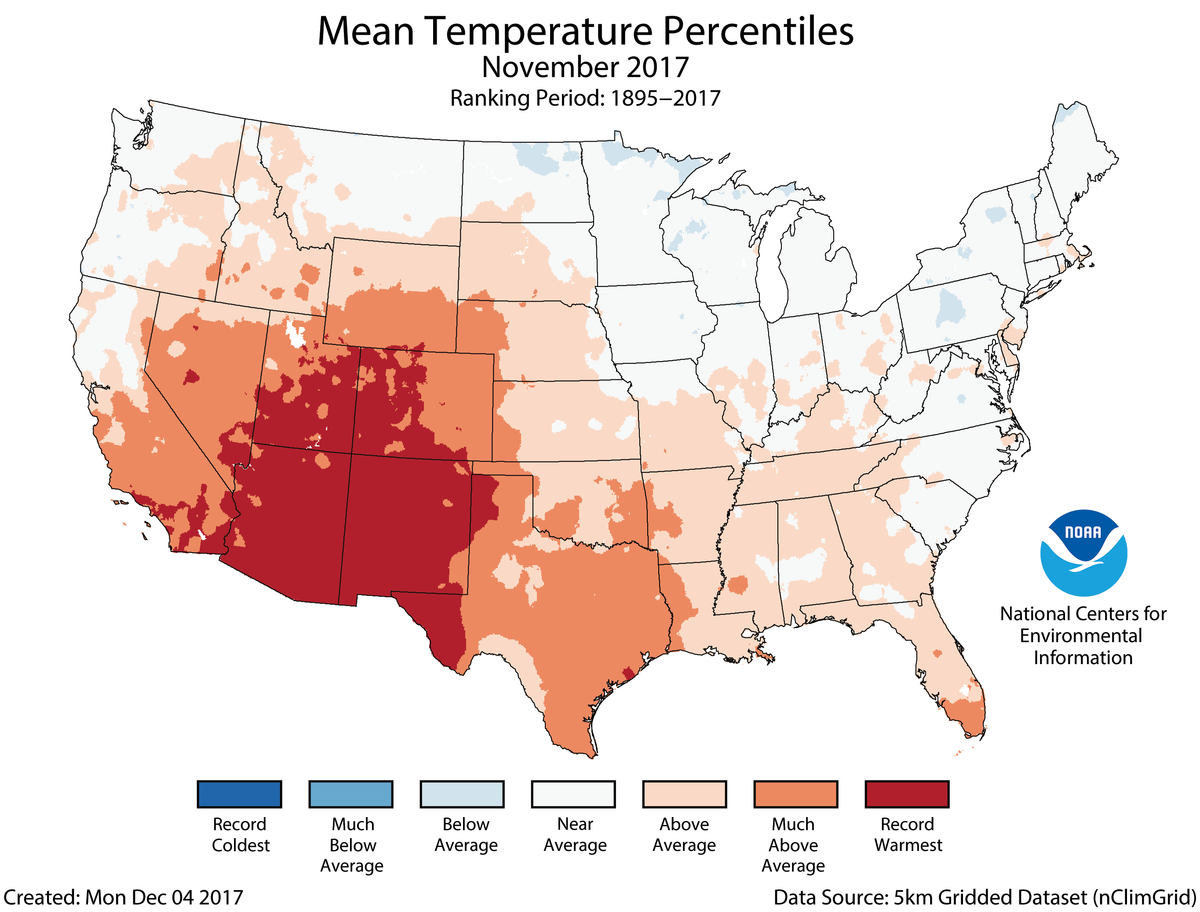 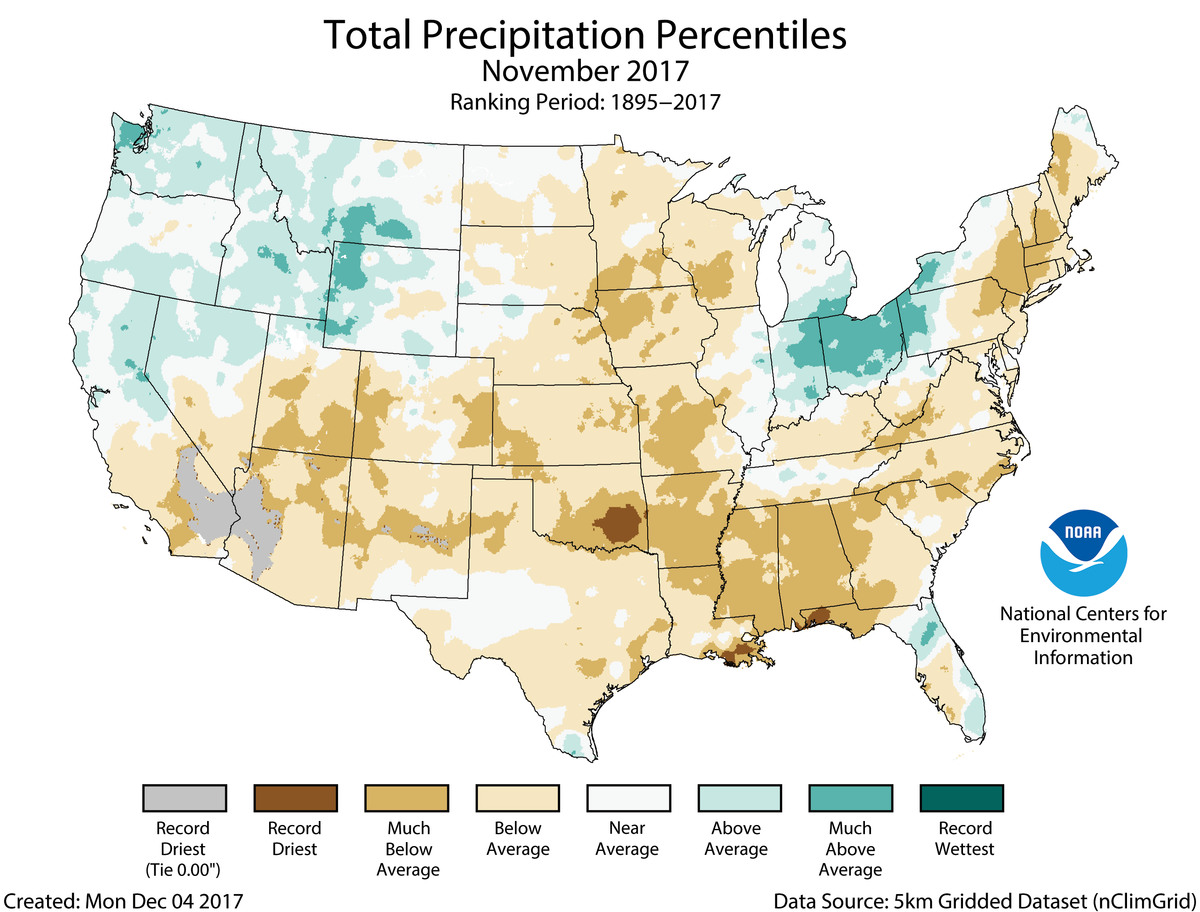 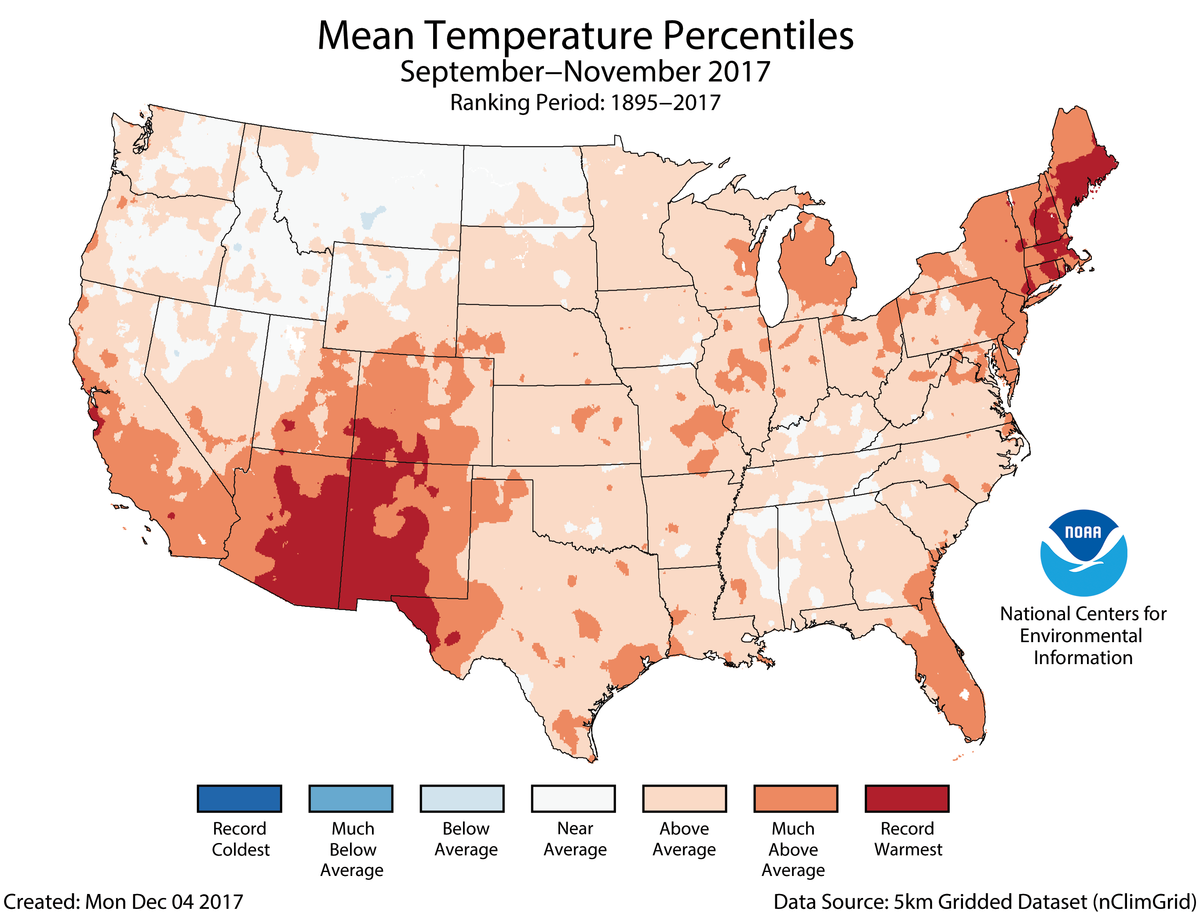 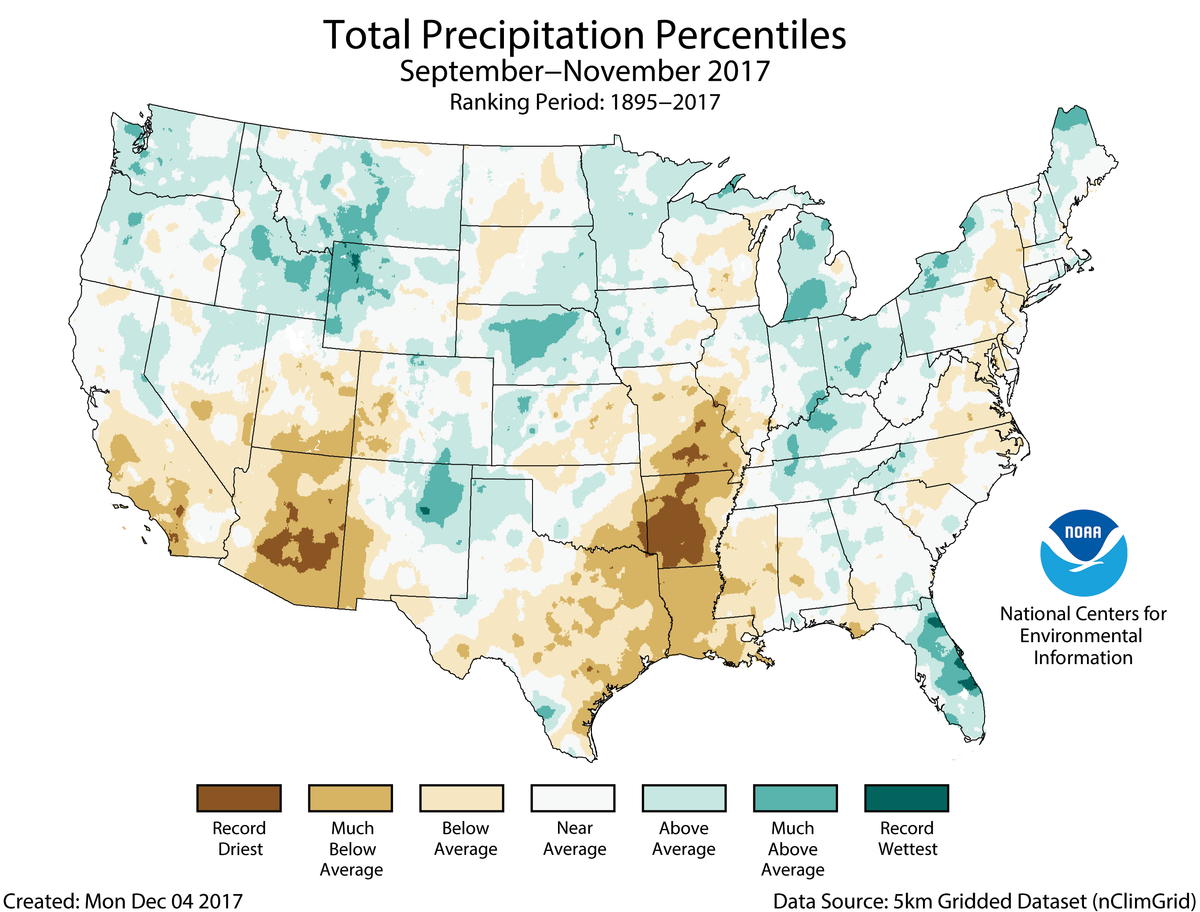 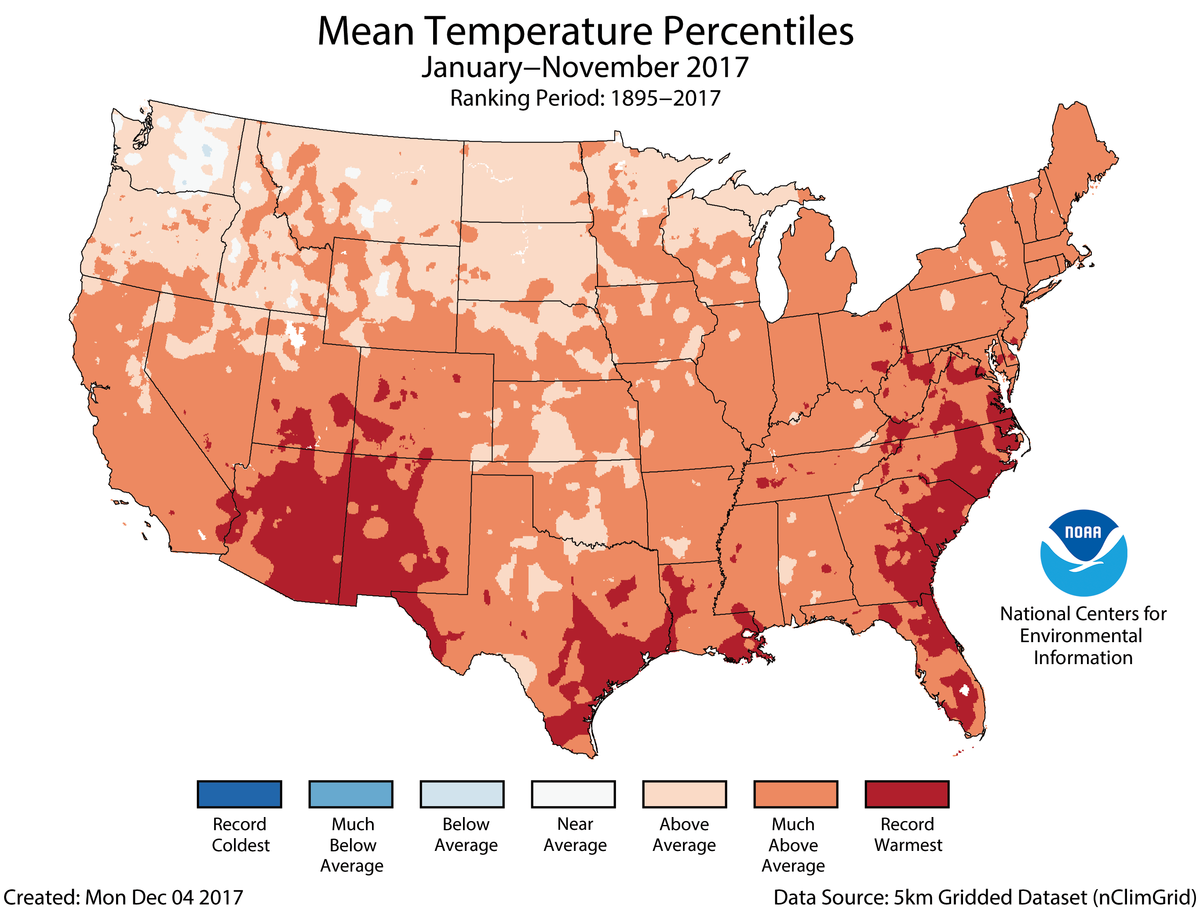 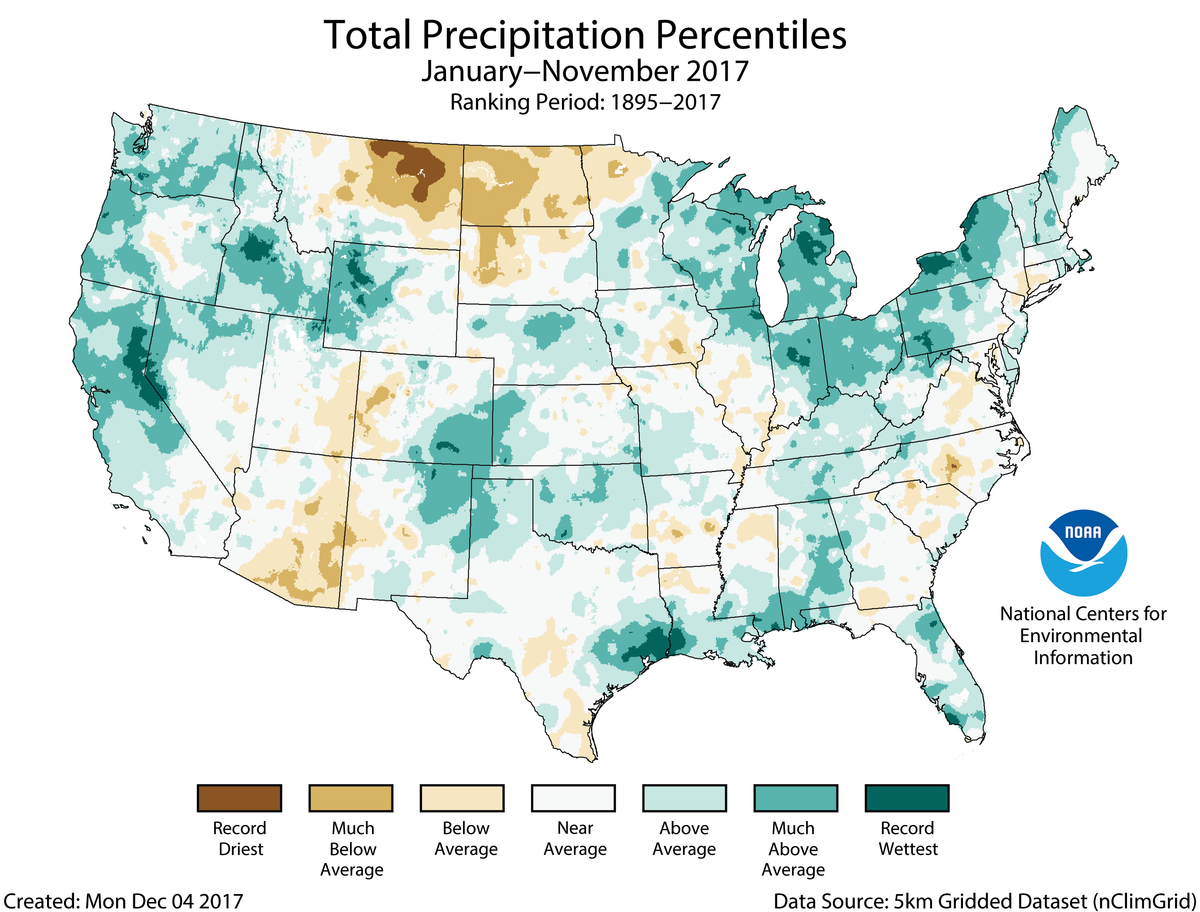 A Note on Alaska Data

In early December 2017, due to a sharp, but real, increase in temperature during the 21st century at Barrow (Utqiaġvik), NCEI’s quality assurance algorithms retroactively rejected the station’s monthly temperatures dating to late summer 2016. Because the Barrow temperature was not considered, it resulted in an underestimate of recent monthly temperatures for Alaska Climate Division 1 and to a lesser extent the Alaska statewide average. NCEI is working to correct this issue in the coming weeks. The station’s daily data are available and correct in the Global Historical Climatology Network–Daily (GHCN-D) dataset.

According to the July 30, 2019, U.S. Drought Monitor, moderate to extreme drought covers 6.9% of the United States including